This article was published in the Journal of Veterinary Botanical Medicine: Vol. 13, Issue 22

Nala is a female 10 year old American bulldog that was presented to us with a walnut sized growth on her right, hind hock with a sudden onset. The growth felt firm and warm under palpation. Due to Nala’s age and sudden onset of appearance of growth, and location Nala was referred to 404 Veterinary Emergency and Referral Hospital for biopsy and further diagnosis. There Nala was diagnosed with histiocytic sarcoma with the possibility of hock joint involvement. While waiting for the biopsy results two additional growths appeared above and attached to the original growth. The result was further confirmed with an Immuno Histochemical Stain. Due to the aggressiveness of tumor and location it was recommended to do a full leg amputation followed by chemotherapy which is the standard of care with this kind of tumor.

Due to Nala’s age and breed, as well as the poor prognosis Nala’s guardian decided to decline the conventional treatment and more so focus on Nala’s quality of life in pursuing alternative treatment. At the time of the diagnosis Nala was already on a raw food diet, which then we gradual modified it to a keto diet meaning lower carb and higher fat. We continued the keto diet for three months and after that every three weeks we introduced more carbs into Nala’s diet to break the ketosis. Also, we started intermittent fasting. During the week Nala was getting combination of herbal supplements and Chinese herbs.

Nala was seen here originally bi-weekly for biopuncture and autosanguis to down regulate inflammation and up regulate the immune system. She was also getting a weekly B12 injection. Two months after the treatment the subsequent growths started to shrink. At the three month mark all three growths shrunk and were unrecognizable. We continued with treating Nala every 6 weeks for immune regulation for 3 more months. At the present moment, we see Nala every 2.5-3 months and are happy to report that Nala is doing great and the tumor is still in remission. 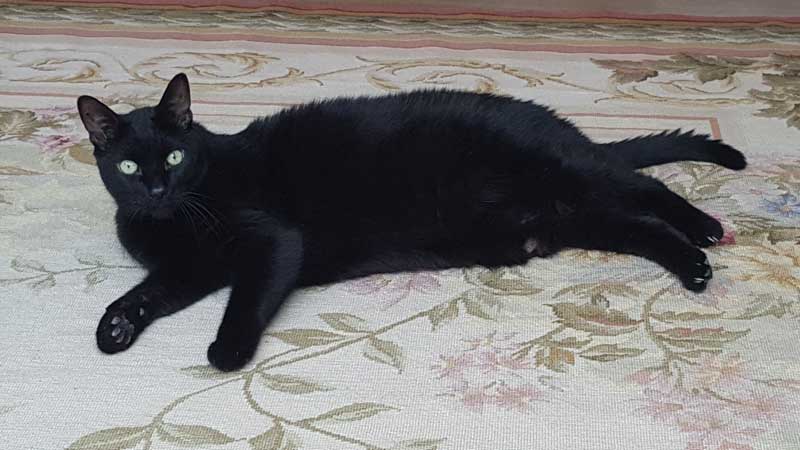